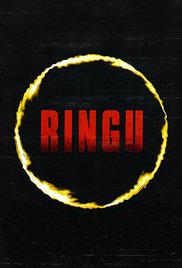 Ringu is a hard film to watch, and I mean that literally. I saw The Ring, the American remake, a few months ago. But I couldn’t find Ringu streaming anywhere, ironic since this movie is about a piece of dead technology. I had to go through my library system to find it.

Ringu concerns a cursed videotape that kills you a week after watching it. The video contains a bunch of weird, almost Dadaist imagery, and ends with a shot of a well. Reiko, a reporter, gets her hands on a copy of the videotape and watches it. She knows the story of the curse when she does so. Spooked when she receives the obligatory phone call predicted by the urban legend afterwards, Reiko makes a copy of the videotape and shows it to her ex-husband.

This is something I don’t get about either version of the movie. If you found a cursed videotape that could kill people, why would you show it to anyone, especially if you started believing in the curse? The rest of Ringu is spent running around with Reiko and her ex trying to decipher the curse, which leads to an island, a girl with psychic powers and a well that isn’t empty.

Ringu isn’t scary. Looking back at my review of The Ring, I complained it wasn’t a scary movie. Ringu is even worse. There are almost no jump scares and we don’t see a lot of Sadako, the ghost girl. The climax is great, though. They wrote the subplot about psychic powers out of the remake, with good reason.

Reiko’s relationship with her ex-husband is strangely formal, and she doesn’t seem to feel bad about leaving her child home alone for hours at a time. I am not sure if the filmmakers are trying to make a moral statement, notorious in horror movies, but am guessing my confusion is due to me not understanding a different culture.

The best part of Ringu is the countdown to Reiko’s death. Her psychological journey from skepticism to total belief to existential dread is interesting to watch, but the movie’s plot isn’t dynamic enough to match her personal angst. Translation: not enough happens. I’d call Ringu a near miss. Dark Water, made by the same director, is a much better movie.